Wahoo season in the Caribbean ! 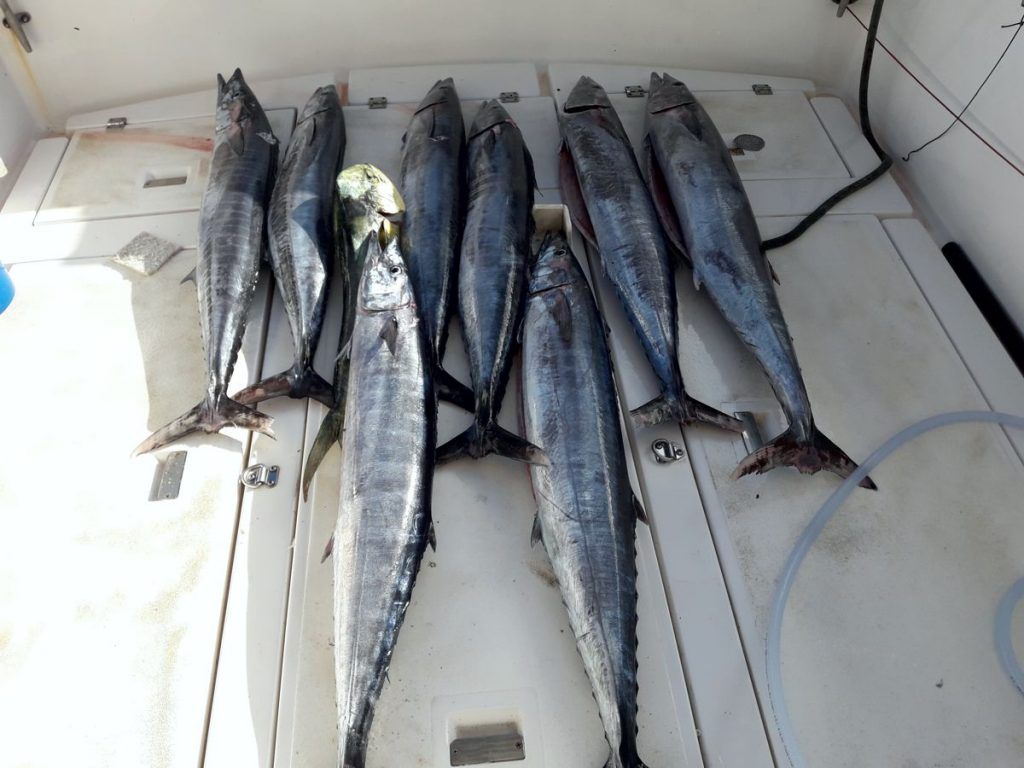 Wahoo – Acanlhocybium Solandri – Prized by sport fisherman for its speed and strength on the strike is found in all tropical and subtropical oceans. Considered seasonal in cooler zones the winter months in the northern Atlantic send the fish down to the Caribbean waters making Antigua and Barbuda a perfect year round fishing destination and in the last weeks of 2018 they are hungry and on the bite.

In Antigua we fish Wahoo along the drop of where the sea bed drops from two or three hundred feet to a thousand or more as Wahoo tend to move along these ledges looking for schools of bait fish.

Traveling in small groups of three or four fish when we catch one we mark the spot and circle back over the same spot and have a good chance of another.

The current also plays a big role in locating Wahoo and the experienced fisherman will know that where the currant strikes the ledge is the place to be, also any cutback or dip along the ledge can create an eddy or acceleration in the current that will cause the fish to concentrate in that spot sometimes resulting in catch after catch all day long. One time by Redonda I caught thirty big Wahoo before noon and had to head in for lack of ice and bait.

Fishing methods for Wahoo are trolling baited Lures behind the boat at 6 – 9 knots and more popular these days is speed trolling at around 18 knots, this seems more suited to lighter fast boats that can navigate the waves and swell withought to much pain. Wahoo fishing is also popular with spear fishermen ( with big hairy ones ) and also chunking and Jigging as there is nothing like fighting a big Wahoo on a light jigging rod.

So come to Antigua this winter for Wahoo fishing and I am shore you wont be disappointed.